We have all heard the term the “Freshman 15”. There is an extreme transition for young adults when moving from their parents’ home to their own individual living space. Entering college with the freedom to stay out as late as you want to, eat whatever you want to and sleep as late as you want to, coupled with the changes going on in a teenager’s body can cause drastic physical fluctuations to occur. Fortunately, several first year college students have found a way to stay fit even though everything else is changing around them.

Alexa and her family in Southwest Virginia.

I have always been close with my dad’s extended family. In fact, for the past several years, we have traveled to Virginia for a family reunion held at the house that my grandma grew up in. The house is currently owned by my dad’s cousin, Jeff, that I mentioned we had dinner with a few weeks ago. Jeff’s daughter, Alexa, and I have stayed close since she was young. It has been amazing watching her grow up, especially because she has a passion for fitness like I do. Alexa was accepted to the University of North Carolina last spring and is currently finishing up her first year as a Tarheel. I wanted to focus on Alexa because of her ability to balance her fitness with the demands of a first year college student. Somehow in this completely new phase of her life, the one thing that she has kept consistent is her desire to be fit.

Let me fill you in on a little bit about her background. Alexa played on a traveling soccer team for several years. It wasn’t until middle school that she joined the cross country and track teams and discovered her true passion was running. Alexa’s high school team was very successful, winning several women’s state championships. Upon entering college in the fall, she realized how difficult it would be to stay in shape. Between schoolwork, new surroundings, unhealthy dining hall food, and maintaining a social life, working out became a lower priority. She also noted, not having a team to rely on has been very difficult, because that team environment motivated her. I can definitely relate to this.

Despite all of the factors that make working out more difficult, she has found that going for a run or using a machine at the gym has the ability to free her mind. When she needs motivation, she will work out with friends (her new “team”). She also occasionally participates in road races. Most recently, she competed in the Nike women’s half marathon in San Francisco. If you haven’t heard of this race, the course is one of the most challenging in the nation; due to the steep hills over such a long distance (winners do receive a Tiffany’s necklace at the end!).

You most likely won’t catch Alexa at the gym early in the morning. She likes to work out in the evenings or in between classes. She credits her inspiration to stay in shape on her desire to live a long, healthy life. Alexa and her dad share a special relationship in regards to fitness, which is also a motivator. Her dad ran cross country at Virginia Tech and has encouraged her every step of the way. Whenever she needs some extra motivation, she thinks back to what her high school running coach used to always say: “It’s worth it”. The training, the strength building, the sorness, pain and sweat. It’s important to remember that it’s worth it in the end. 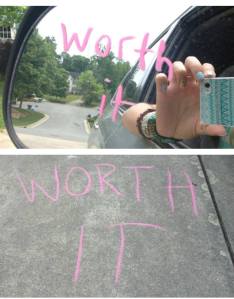 This is great advice from such a young person.  Our family reunion is coming up in May, and I can’t wait to see Alexa and her family.  Alexa is finishing up exams next week before heading home for the summer.  Wish her luck! 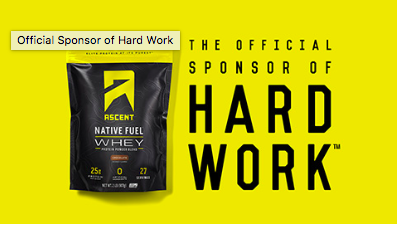